Is Social Media Losing Its Steam? What’s Next? 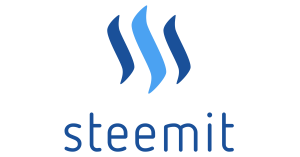 It has been roughly ten years since social media broke onto the scene. Sure, an argument can be made that it is even older than that but, the things that we know today as social media were not called that back in those days. Things like YouTube began in 2005 and Twitter was created in 2006, which is basically the same thing as IRC, or Internet Relay Chat, that started much earlier than that.

Some even suggest that social media began much earlier; the first postal service began around 550 BC and really, isn’t that the beginning of social media marketing? If it is then wouldn’t the first notes exchanged between people be the true genesis of social media? Pretty certain those early notes began before 550 BC.

OK so you want to stick with the modern era and social media. Sounds reasonable to me. The telegraph was invented in 1792, is that modern enough for you? No? OK, fair enough. The telephone was invented in 1890 and the radio, 1891. Would you not agree that those 2 things are part of the social media world even if we don’t refer to them as such?

Fast forward to modern social media. Never in the history of man has there been a greater opportunity for people to socialize. Sites like Digg allowed us to share content on a grand scale; so much so that some content was so heavily shared that the number of views would crash servers. This was known at the time as the “Digg Effect”. This once powerful social site now just sends out spammy emails containing questionable content.

Twitter seems to be on a bit of a decline as of late with fewer people using the service. The once mighty micro blogging platform has been struggling as people seem to be getting a little tired of the 140-character restriction. Twitter has been trying to shore up its flagging interest by introducing new features and bringing back some that it had removed. Is Twitter going the way of ICQ? I still have my 5 digit ICQ account but rarely login, measured in years between.

More and more I am hearing people complain about how no one is reading their posts, or responding to them, on Facebook these days. Is the interest in Facebook slowing down and becoming more of a place to just play games? Sure, you can catch up with your cousins from around the globe, share some photos with your friends and relatives but is that enough any more? Is the social media darling Facebook starting to lose its mojo too? Is Facebook going to get tossed on top of MySpace in our virtual social media junk drawer?

Are people finally getting bored with social media? Are we losing interest with the seemingly unimportant updates of what others did on the weekend or what they had for breakfast, lunch, dinner or snacks? Not likely as there will always be an interest in distraction. We just need new ways of being distracted.

Enter SteemIt the blockchain based social media platform where you can actually earn rewards for getting your social thang on. Before I describe just how it is that one can earn rewards by being social it would probably be best to offer a little information on blockchain.

Blockchain was first conceptualized by Satoshi Nakamoto back in 2008 and soon after was used for the core component of the digital currency known as Bitcoin. Blockchain acts as a ledger that is inherently resistant to modification of the data. Blockchains are very secure and given their decentralized nature, are perfect for social activity and transferring funds as digital currency.

So just how does this reward me for being socially active online? Steemit.com’s use of cryptocurrencies like Bitcoin, makes it easy to transfer digital currency between its users and as such, the users attach rewards for sharing their content with others. Not only sharing earns you rewards but you can earn rewards for commenting and voting as well. But it gets even better; you, as the creator of content, are given credits, or Steem, for uploading content and that Steem is then divided between you and the other members who react to your content.

Once you have enough Steem saved up you can then trade those credits for various things within different marketplaces. Of course, there is always the option of turning your Steem Dollars into cash by converting them to Bitcoins. Once you have those you then trade your Bitcoins into cold hard cash.

A few days ago, I posted an article in Steemit.com before I went to bed. When I woke up the next morning the article had earned $3.22 overnight. Since that time that same post has now earned an additional $2.00. Again, this isn’t a huge sum of money but I’d rather get the $5.00 for posting something on Steemit.com and receive a bunch of views and comments than getting nothing from posting the same article to Facebook. For me receiving that $5.00 is a decent return for content that was originally done 6 years ago but, I have seen other posts on Steemit.com that have earned $70 to well over $100 in less than a couple of hours. Who wouldn’t like that?

Search Engines are now one of the biggest lead generators for any online company, and Les Romhanyi is passionate about Google and Bing and everything ‘SERP.’ Truly an SEO expert in organic search optimization, Les has optimized websites for search engines before it was even called Search Engine Optimization, going back to 1995 while working on the Net Sheppard project. In the nearly two decades since, Les has provided SEO services to some of the most competitive and difficult business verticals, such as online gambling, pharmaceuticals, and real estate.

This website uses cookies to improve your experience while you navigate through the website. Out of these, the cookies that are categorized as necessary are stored on your browser as they are essential for the working of basic functionalities of the website. We also use third-party cookies that help us analyze and understand how you use this website. These cookies will be stored in your browser only with your consent. You also have the option to opt-out of these cookies. But opting out of some of these cookies may affect your browsing experience.
Necessary Always Enabled
Necessary cookies are absolutely essential for the website to function properly. This category only includes cookies that ensures basic functionalities and security features of the website. These cookies do not store any personal information.
Non-necessary
Any cookies that may not be particularly necessary for the website to function and is used specifically to collect user personal data via analytics, ads, other embedded contents are termed as non-necessary cookies. It is mandatory to procure user consent prior to running these cookies on your website.
SAVE & ACCEPT

— Need help? Email Us Here! Chat With Us Now!

Thanks for contacting us. We'll get back to you as soon as we can.