Keeping up with the Jones’ on the Information Superhighway 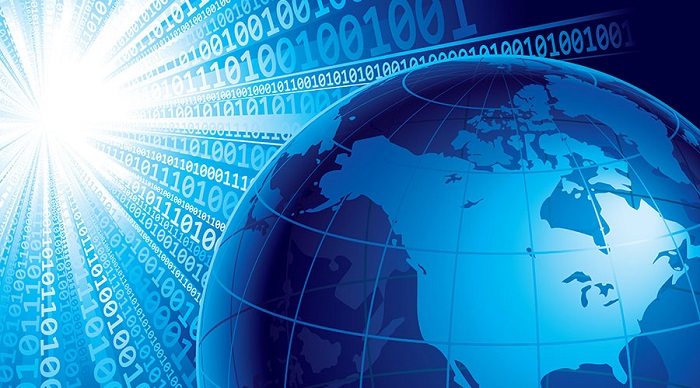 The evolution of the Internet continues to march on at double time; if you don’t keep on pace with those around you, you’ll certainly be left goose stepping to catch up from the recent past. There will be no masterful sergeant goading you on to keep you in line with the company for their projected arrival at the battle for success.

Nope, you’re on your own for this journey, with the exception of the occasional encouragement from like-minded soldiers who surround you. Those who are also looking for the honour of tallied conversions notched upon their standard. But are their offerings always helpful or could they be fraught with pitfalls that serve to trip you up, regardless of intentions, all the while costing you valuable time as you scout out the new path laid at your feet?

For example let’s take a look at one of the many free services, WooRank, one that performs an audit of your website for SEO among other things. Don’t get me wrong here, I’m not saying that woorank.com, or any of the countless others, are a bad thing to be avoided at all costs. On the contrary they serve a purpose that can reveal problems with your site that you had no idea of. Issues such as problems with your Title and Description tags, or if you are using enough Heading tags and what your site’s HTML to text ratio is. All good and beneficial in helping you improve your SEO score for any page. To my mind the trade-off for exposing yourself to potential up-selling on services and software is well worth it. So by all means use their service to get some valuable reports on the things you need to change. But at the same time, seriously consider some of the things that might not.

One of the things that requires consideration is how your site responds to mobility, smartphones, tablets and the like. There is no question that your site needs to be mobile friendly, as people’s surfing choices seem to be changing from what is referred to as the desktop Internet to the Internet of the App. The transition from one to the other is so dramatic in terms of percentages that even Google is nervously adapting to the changing behaviour that they recently went in to beta for their app.

What does the mighty GOOG need to be nervous about? Why the transition from the desktop world to the App world of course. Google dominates the desktop Internet world. But in the new App world, not so much. And the balance has tipped with people now searching Apps for their hand-held solutions and not the web of the desktops. While search is still the most dominant method of research on mobile devices, the writing’s on the wall as young people tend to search the App Store and Play with increasing frequency. What is an Internet desktop tyrant to do? Can’t dominate them, so might as well join them – and then dominate them once again later.

OK. So what’s the tie-in, what is the big deal? 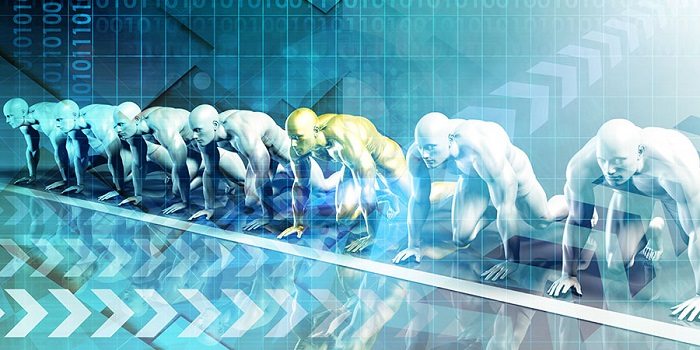 Well basically the issue here is just how many changes are you supposed to adopt for your web presence? Do you act upon all of the recommendations made by these services so that your website responds really quickly to the smart phones, or do you say to hell with the changes to increase the load time by a half a second and take your chances in the search engines? Google had stated not that long ago that load time is a ranking factor, as is mobile friendliness. But if your site is already mobile friendly and fairly quick to load to boot, would the extra work to gain a few microseconds really make that much of a difference? Oh for the good old days of having the luxury of 7 seconds to gain the attention of a netizen.

Nowadays, thanks to our beloved mobile devices, we are led to believe that if your app or website doesn’t load in 1.738 seconds, you run the risk of losing the viewer/visitor. One point seven three eight seconds; have we become that impatient? Has our attention span become so low that we can no longer even wait a full 2 seconds for something as simple and likely beneficial in some way as web page to open? What the hell does that say about us and where do we go from here? Precognitive websites and apps that anticipate our needs? Sounds pretty far-fetched to me; but in all seriousness when we are talking about improving on the fastest pages that are loading in under .8 of a second now, not much room left to improve upon is there.

If, after reading my little rant, you are intent upon keeping up with the Joneses for whatever reason, I offer the following information and suggestions to improve your journey on the information superhighway.

What to Do to Keep up with the Jones’ 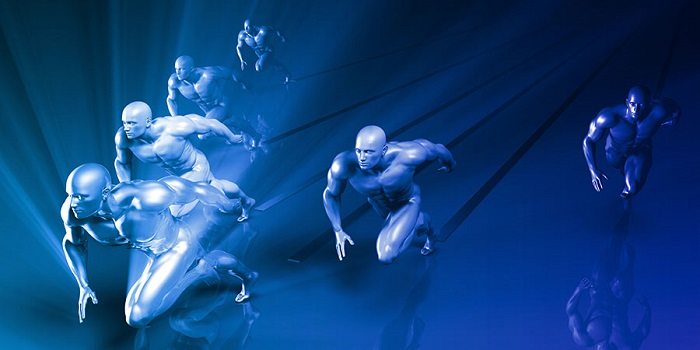 There are a few things you can do to optimize your page to load faster for smartphones, such as moving your CSS & scripts to load from your footer rather than from your HEAD. The way smartphone browsers process the code, which make up your site/pages, is to load the HEAD content first, prior to reading the BODY. And if you have a great deal of CSS and script to process first, the page will be slightly slower to load. The thought here is to move the CSS and script that is not required to process the “above the fold” content to the footer, so that while the page is rendering, the remainder of the CSS & script will load without slowing down your content above the fold.

If you are using WordPress, Google Developers have released a plugin that takes care of this for you called Above the Fold Optimzation. The plugin is also supposed to optimize all of your CSS by extracting your various CSS GETS and creating a single CSS file; however I would recommend checking to make sure that the original CSS references are no longer in the code, as you won’t save much time if the old CSS is still being called from the HEAD as well. Also this plugin requires other plugins like W3 Total Cache and Autoptimize to work properly, in terms of speeding up your site.

Another thing you can do is known as minification, which is basically the process where all unnecessary characters are removed without interfering with the functionality. Things like white space characters and comments are removed to name a few. Usually this is done to JavaScript; minification can be applied to HTML as well. If you installed Autoptimize, as mentioned above, then this plugin will take care of the minification for you.

There are several other things you can do to help speed things up like reducing server response time. But I’m not going to go into that here, as it is a whole article in itself and these guy said it better than I ever could. But I will leave you with some advice on images: use sprites!

What the Heck are Sprites? 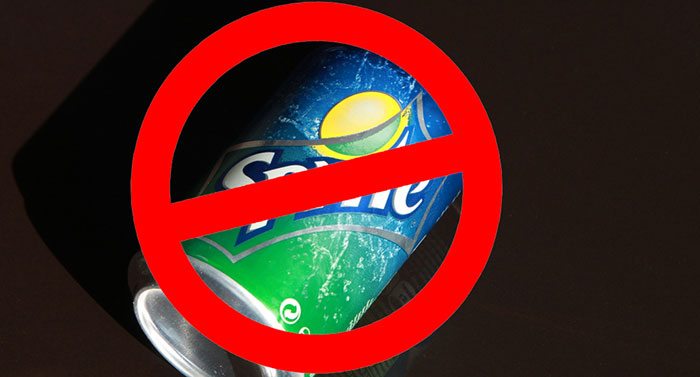 Basically sprites take all of the images on a page, or site, and creates a single image file that contains all of the images that you would need, then links to the coordinates of the individual images to display them. The reason this helps with page speed is due to the browser needing to call, or GET, only one file, rather than to GET each image file separately. You see, each GET that the browser has to make to the server adds time to the page load time. Fortunately there are plenty of free sprite generating systems available on the Internet to automate the process of creating the single sprite file and the CSS code required. Better yet, if you are on WordPress, then I would suggest using any number of plugins to address the sprite solution, something like CSS Sprite for Google PageSpeed.

While all of these page speed improvements are not that difficult to implement, some of them are fairly advanced to a lot of people. As such, I suggest you backup everything before trying them yourself. If you don’t feel that they are something you can do yourself, plenty of WebDev companies are out there to help you; I am sure that the cost would not be too much. However it does come down to the Cost/Benefit analysis: will performing all of these pagespeed enhancements resulting in shaving a second or two from your load time gain you higher rankings within the ever shrinking opportunities to place your site on page one of the search engines that today’s young people are using less and less? That is the simply complex question all must consider.

Search Engines are now one of the biggest lead generators for any online company, and Les Romhanyi is passionate about Google and Bing and everything ‘SERP.’ Truly an SEO expert in organic search optimization, Les has optimized websites for search engines before it was even called Search Engine Optimization, going back to 1995 while working on the Net Sheppard project. In the nearly two decades since, Les has provided SEO services to some of the most competitive and difficult business verticals, such as online gambling, pharmaceuticals, and real estate.

This website uses cookies to improve your experience while you navigate through the website. Out of these, the cookies that are categorized as necessary are stored on your browser as they are essential for the working of basic functionalities of the website. We also use third-party cookies that help us analyze and understand how you use this website. These cookies will be stored in your browser only with your consent. You also have the option to opt-out of these cookies. But opting out of some of these cookies may affect your browsing experience.
Necessary Always Enabled
Necessary cookies are absolutely essential for the website to function properly. This category only includes cookies that ensures basic functionalities and security features of the website. These cookies do not store any personal information.
Non-necessary
Any cookies that may not be particularly necessary for the website to function and is used specifically to collect user personal data via analytics, ads, other embedded contents are termed as non-necessary cookies. It is mandatory to procure user consent prior to running these cookies on your website.
SAVE & ACCEPT

— Need help? Email Us Here! Chat With Us Now!

Thanks for contacting us. We'll get back to you as soon as we can.